Jambo from the roof of Africa and the top of Mount Kilimanjaro, Uhuru Peak at an altitude of 5895m/19,340ft. We made it to the Summit and safely back to Millenium Camp after a long and arduous journey. We left high camp shortly after midnight in unusually cold and windy conditions. As we worked our way […]

Hello everyone! Today marks the beginning of our Summit push making for an interesting and physically demanding upcoming 36 hours. We left Karanga Camp early this morning and made our way to our high camp called Kosovo Camp at an altitude of 4800m/15,750ft. We chose to climb a bit higher to Kosovo Camp instead of […] 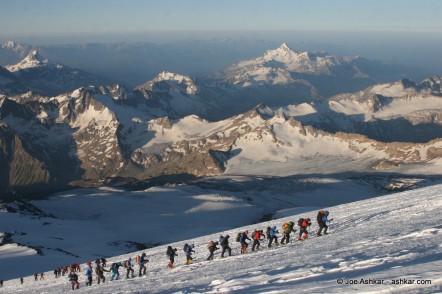