As it snow flurried throughout the night, we woke up to about an inch of snow dusting. We had our usual breakfast at 7:30 AM and hit the trail an hour later.

We hiked through the wet, rocky and lightly muddy trail to the outpost town of Thokla (Dughla) at 4620.

We were surrounded by the giant Himalayan peaks and the views around us were nothing short of spectacular. After a snack at Dhugla, we climbed up the steep ridge leading to the fallen climbers Memorial. We nearly ascended most of the day’s altitude gain of 900 meters. We walked around the various Chortens in order to pay our respects to all that have perished on Everest. It’s also a reminder that it’s a very dangerous mountain.

Shortly thereafter, we got back on the trail and made our way into Lobuche (4910 m). All long, the views around us were nothing short of spectacular. 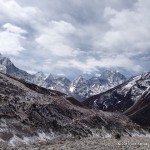 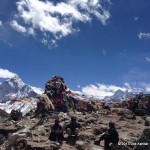 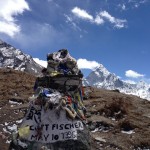 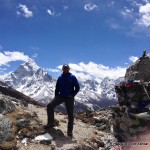 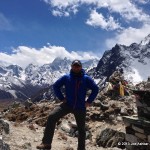 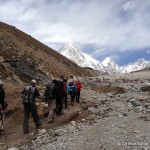