Today we trekked the remaining distance leaving at 8:45 AM and arriving at Base Camp at 2:20 PM. We traversed the deep part of the river on mules and started climbing up rocky ridges and terrain ascending all the way to Plaza Argentina Base Camp at 4100 m (13,500 ft). Along the way, we took […]

After a breakfast of bacon and eggs, we hit the trail at 8:40 AM and continued following the Vacas river and valley. The trail was very rocky and we had to cross the river multiple times. We stopped for another nice lunch where we made tasty sandwiches followed by a 15-minute siesta. We got right […]

We got up at a leisurely 8:30 AM this morning and had a quick breakfast. We then organized our mule loads and took a 15-minute drive to Punta de Vacas right at the edge of the Vacas river where we will begin our 31 mile trek to Plaza Argentina Base Camp. Along the way, we […]

A big sigh of relief as my bags finally showed up at the hotel late yesterday afternoon. Later that evening, we were treated to a nice dinner at the Francesco Barbera Ristorante in the heart of the city of Mendoza. We dined in the beautiful garden with Todd Burleson, the owner of Alpine Ascents along […]

The Epic Challenge continues as I’ve arrived in Mendoza Argentina to start my climb of South America’s highest peak. Cerro Aconcagua is the highest mountain outside of Asia at 6,962 m (22,841 feet), which also makes it the 2nd highest of the Seven Summits (Highest mountains on each of the seven continents, second only to […] 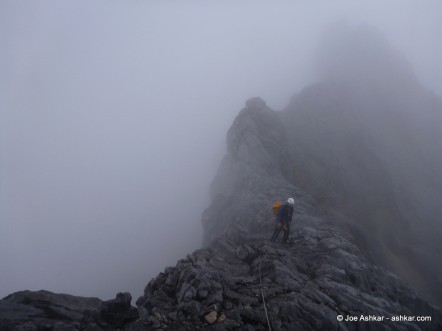